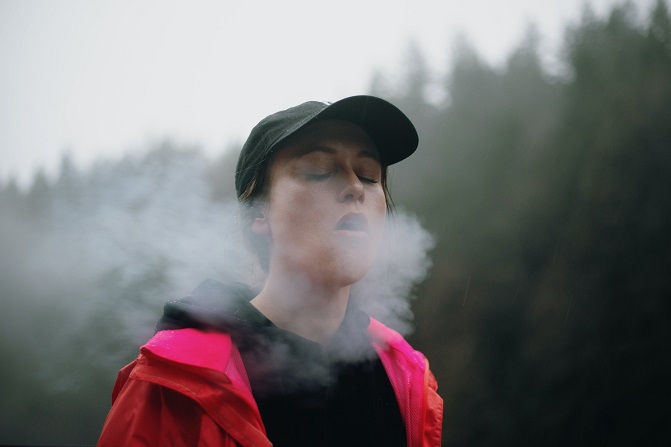 Truth be told, millions of people are embracing the habit of vaping and sportspeople and gym enthusiasts have not been left behind. It is recommended by Eurovap that If you are an athlete or frequent the gym regularly, it is only normal for you to be curious whether vaping can impact your workout efficiency.

Vaping has milder consequences than smoking cigarettes which can be detrimental to the health of your lungs and heart. This has seen a lot of people switch from smoking to vaping. In this article, we look at the effects of vaping with regard to exercise.

It is common knowledge that smoking is bad for your lungs and is most likely going to have a negative influence on your workout. Scientific research shows that smoking tobacco cigarettes can constrict the arteries and harden the walls of the blood vessels.

Cigarettes contain a stimulant known as nicotine, which will make your heart beat faster. As a result, you will burn your energy quicker and this is more likely going to affect your ability to workout. It prevents the proper flow of oxygen around the body, depriving your muscles of energy they need to function as required.

This, together with the carbon monoxide inhaled, will increase the accumulation of tar in your lungs so that their capacity decreases. When the tar coast in your lungs and your phlegm production increases, there is no doubt that your ability to workout effectively will be weakened.

Most people are curious to know whether vaping has the same negative effects as smoking. Well, the vapor in e-liquids has been proven to be gentler on the lungs and is significantly less harmful.

In fact, a study was done on a group of smokers who switched to vaping noted an improvement in their cardio performance. When they made the switch, the lungs began to regenerate as the accumulated tar in the lungs is expunged and the lung capacity increases.

However, it is important to note that using e-liquids that contain a high level of nicotine will cause you to work out even harder. According to a Livingstrong article, nicotine being a stimulant will give you more energy to work out.

Effects of Vaping on Exercise

At this point, there is no sufficient data that says whether vaping can have a positive or negative impact on your cardiovascular health. This is especially true with regards to its long term effects since vaping has not been around for very long as opposed to cigarettes.

Nonetheless, the effects of vaping can be analyzed from anecdotal evidence of vapers who give their experiences in online posts and blogs. According to these anecdotal accounts, a large number of vapers note experiencing an improvement in their cardio after switching to vaping from smoking.

Many users who regularly vaped as opposed to smoking report an improvement in their sports and gym workouts as well as their running, cycling, and swimming time. This is probably because nicotine is a stimulant that makes the heartbeat much faster than it ought to. As a result, there will be an increase of blood flow to your muscles which can be beneficial to workouts.

Most people prefer vaping to smoking especially when doing cardio because it doesn’t produce tar in the lungs, which can be detrimental. In fact, some runners who have switched from smoking to vaping report a noticeable improvement in their breathing as the tar is expunged from their lungs.

While vaping is considered a healthier alternative to smoking, it is not to say that it will improve cardiovascular fitness than not vaping. Although there have been accounts of users experiencing energy before use, it is probably safe not to put anything in your body that doesn’t belong there